First, Jochobed is Moses’ mother. Do not get nervous; she’s in the bible.

The Lord allowed me to teach a lesson recently called The Anonymous Anointed. Without getting into all of the backstory, I want to share one of history’s most powerful intercessors with you. Her model sheds light for many called to this service in the Kingdom.

This function of intercession sets in the foundation of lives and causes. Its purpose is to nurture and cover. It works with the prophetic to hide and protect.

Read about the beginning of Moses’ life in Exodus 2:1-4. Moses was born while the pharaoh killed young Hebrew boys. When Jochobed looked at him and saw he was special and beautiful, she hid him three months. Then she could not hide baby Moses anymore.

Jochobed built an ark for baby Moses and hid him in the reeds near the bank of the Nile River. Then she sent Miriam to watch over the ark as it traveled. Pharaoh’s daughter found the ark, saw the Hebrew baby and Miriam spoke up to offer his mother as his nurse, and she approved this. 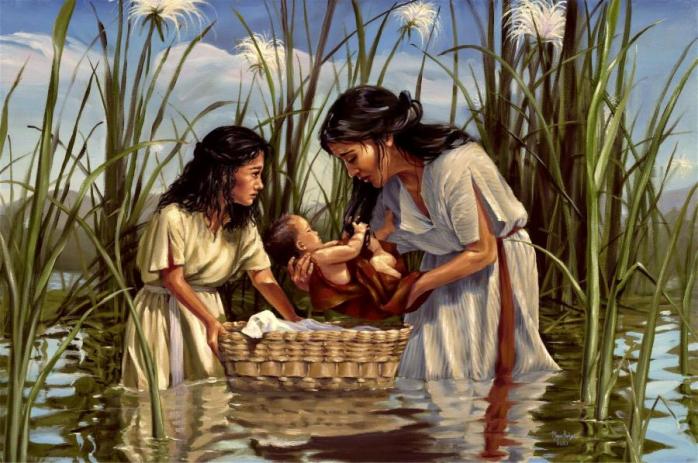 Jochobed Intercession offers building prayers. These prayers construct a safe place for Moses, who won’t be a baby long but grows up to deliver a nation. These prayers are private, deliberate and personal. The life, need or cause lives close to the intercessor — readily accessible until it must leave our hands.

The Lord guides this kind of intercession. He opens our eyes to see the “seed form” of someone or something and to take it and carefully cover it with prayers. He inspires our prayers; we release the Lord’s heart concerning him, her or it. When we see what He sees, then we build a place in the Spirit that holds it and keeps it alive and safe and unaware of impending danger.

This is beautiful and reminds us of our kind Father’s ever watchful eye. Miriam represents the prophetic; intercessors hear what God says about him, her or it, and we keep speaking that. (We learn later Miriam is the prophetess.) We release divine suggestion and thought that reunite us with our prayer focus after we felt release for it. And then the real work of covering begins. It’s like a labor; the need, cause or person remains helpless and the Father requires our availability to intercede.

Seen and heard among men is overrated. Men have no real status for us, no real recognition when it comes to prayer assignments. Only the Father rewards openly what we do for Him in secret. Pray on, Royal Ones.

Cover well. Selah, and love to all.

The Art and Craft of Blogging