Esther is not the model for the overachiever. She represents self-confidence, not personal effort to overcome inferiority complexes. Reigning in life as Christ’s ambassador means impact — His through us, not our own works.

We cannot escape Christ’s purpose in coming for and to us.

The Son of God appeared for this purpose, to destroy the works of the devil. – 1 John 3:8b NASB (emphasis added)

…for the Son of Man did not come to destroy men’s lives, but to save them.” And they went on to another village. — Luke 9:56 (emphasis added) 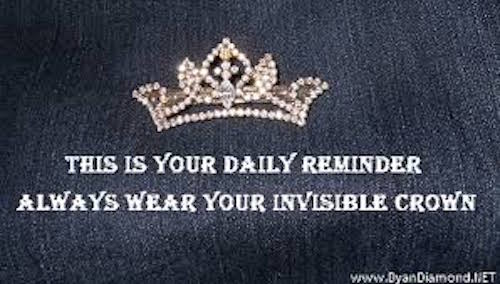 The crown is not the beginning of reigning with Christ; it is the public sign (affirmation) of an inner royal resolve to be His image (reflection and reputation) in the earth. Consider looking up the references for what the Son of man came to earth to do. Therein are clues to structure an earthly reign.

Likewise, we cannot escape that our labor with Him is for His glory to yield His will in the earth. The battle is His. The glory is His. We get to take part and leave the scenes as witnesses with firsthand accounts to testify and effect change in other’s lives.

The only difference between the biblical Queen Esther and us is context. Where one young woman then received favor for a national cause, today you and I take up God’s cause at various levels of civic, social, religious and domestic life. The key is to embrace God’s assignment for us, and see how courage remains necessary to complete our obedience.