Not an Arbitrary Call (reflection)

Throughout the year I refer back to the Gospel according to Luke. This time I saw something I wanted to share. When we hear, “you were considered for this,” it usually refers to Job’s trial and is meant to encourage believers to persevere. God’s abiding presence is the theme of the message.

Today I want to submit the opposite as well — that you were considered for your call (as well as your challenge). Here’s where Luke’s account helps me.

…And Jesus said unto Simon, Fear not; from henceforth thou shalt catch men. Luke 5:10b

We tend to speak generally in terms of being made fishers of men. But all the apostles were not fishermen. That call was specific to James, John and Simon Peter. Jesus spoke the language of their natural work to show them how He’d use them in the kingdom. They might apply fishing principles for catching fish to “catching” men. It dawned on me while reading this again that my call to action was targeted for the assignment. I suggest, so was yours.

And it came to pass in those days , that he went out into a mountain to pray, and continued all night in prayer to God. And when it was day, he called unto him his disciples: and of them he chose twelve, whom also he named apostles… Luke 6:12-13

Prior to selecting the 12 disciples, Jesus spent the night in prayer. Did He spend the entire night praying about which disciples to choose? We don’t know; the Bible doesn’t say. What we do know is that Jesus was calling disciples. He didn’t just call the 12. We know this because the above verse states that of the disciples He called to Him — out of a larger number — 12 men were chosen. 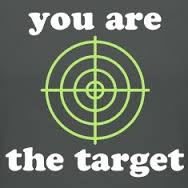 The point: You and I were divinely selected for our area of Kingdom service. Jesus didn’t pin the tail on the donkey. He didn’t randomly choose you to advance the Kingdom agenda through music, writing, preaching, funding, missions, etc.

Think about the day you knew what He wanted you to do, your reason for living, and how He made it plain to you (it’s unlikely he used fish).

I want us all to take courage and KEEP DOING THE ASSIGNMENT. Don’t doubt if you’re called…not now. Don’t second-guess your impact and reach. And my goodness, don’t offer any excuses! Just continue in obedience and keep your hands and heart clean.

Be encouraged to know that GOD CONSIDERED YOU for the task in hand. He decided you were a great fit to get the job done. He considered you to DO, not just to GO THROUGH. There’s no glory in the suffering alone. Now get to doing, Precious, and bear some fruit!

Selah and love to all.

← Safe in My Pocket (devotional)
Has He Found Your Faith? (meditation) →